Places to visit in Athens

Anafiotika is attached to the Acropolis rock, some say it looks like a village from Greek islands on the foot of the Acropolis. Built in the mid 19th century and part of Plaka at the Anafiotika you will find restaurants and bars spill out onto stairs that climb upwards toward the Acropolis full of paths with plants, small gardens and terraces. Anafiotika is just 0.7 km – a 15-minute walk – from Athens Psiri Hotel. 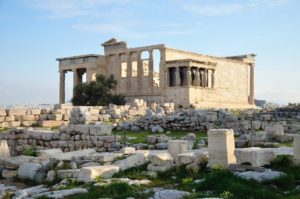 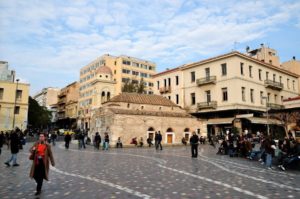 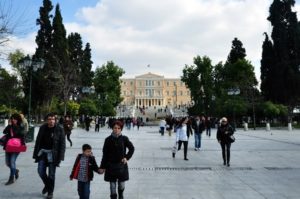 The Acropolis: This instantly recognizable site is one of the world’s top tourist destinations and is just 0.9 km – a 15-minute walk – from the Athinaikon Hotel. The Acropolis is an architectural marvel, rich with history and mystique. Structures of the Acropolis include the Parthenon, the Odeon of Pericles, the Temple of Athena Nike and the Erechtheum. The Acropolis Museum also houses priceless artifacts from centuries past. You can access the Acropolis via Metro line 2; take the train from Panepistimio station to the Acropolis station.

Lycabettus Hill Athens is the second highest point of Athens post Tourkovounia and rises 227 meters above the city. Lycabettus has the chapel of St. George at the top and operates funicular. On the hill is the Lycabettus Theater an open modern amphitheater where every year take place musical concerts and theatrical performances. Many famous artists who have made concerts at Lycabettus theater, among others Ray Charles, Joan Baez, BB King, Chuck Berry, Jerry Lee Lewis, James Brown, Bob Dylan.

You can find out more about which cookies we are using or switch them off in settings.

This website uses cookies so that we can provide you with the best user experience possible. Cookie information is stored in your browser and performs functions such as recognising you when you return to our website and helping our team to understand which sections of the website you find most interesting and useful.

Strictly Necessary Cookie should be enabled at all times so that we can save your preferences for cookie settings.

If you disable this cookie, we will not be able to save your preferences. This means that every time you visit this website you will need to enable or disable cookies again.